Hull City’s play-off final victory completes next season’s Premier League line-up. This means that I can run my first projection for the new season.

I use my adjusted goals measure to rank teams (which is based on goals and shots). It’s solely retrospective, based on last seasons numbers – so, for example, makes no amendment for the potential impact of Guardiola and Mourinho or other team changes.

As expected, due to their awesome numbers last season, Spurs are the favourites – and the relegation contest looks exceptionally close, with many closely ranked teams. 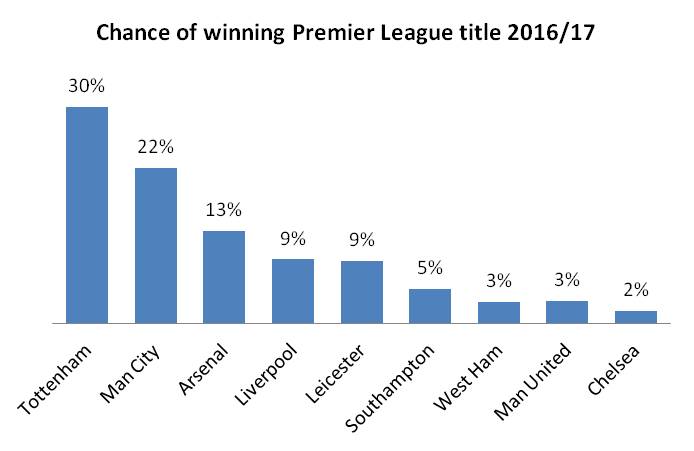