A note about the model

The projections are generated on a spreadsheet, stochastically simulating 5000 different league outcomes. I’ve modeled the outcome of each match using the rand() random number function to generate goals for and against – these are based on a Poisson distribution using a mean calculated from each team’s attack and defence rating.

Each team’s attack and defence rating is also randomly generated for each of the 5000 seasons – based on a Normal distribution with a mean of long-term adjusted goals and variance of 13% of the mean.

The projections seem to model sensible outcomes – but potential problems are: 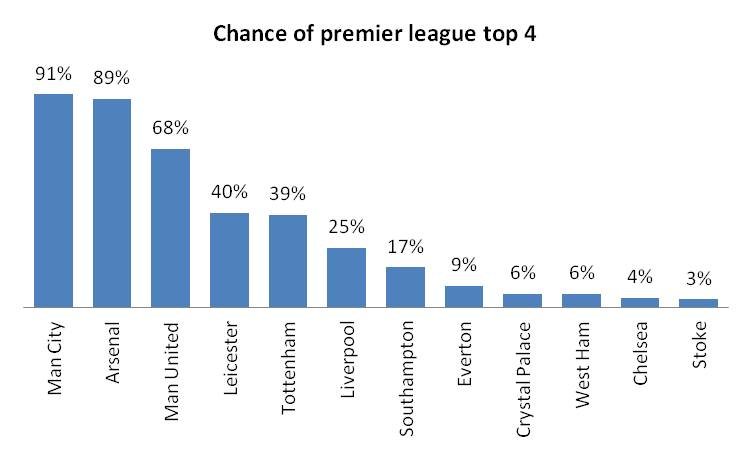 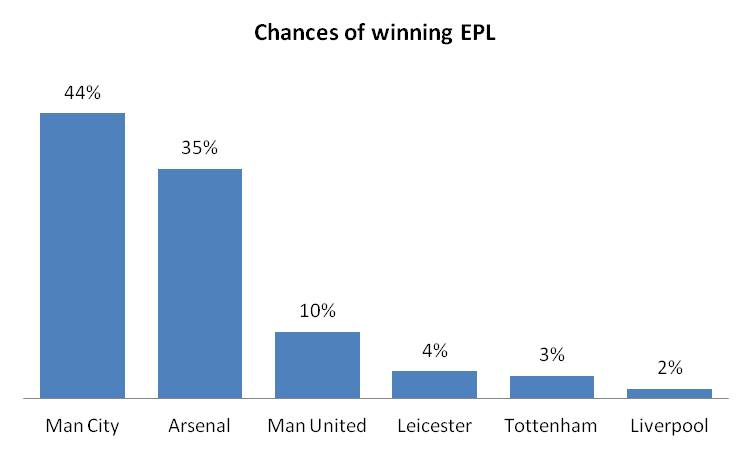 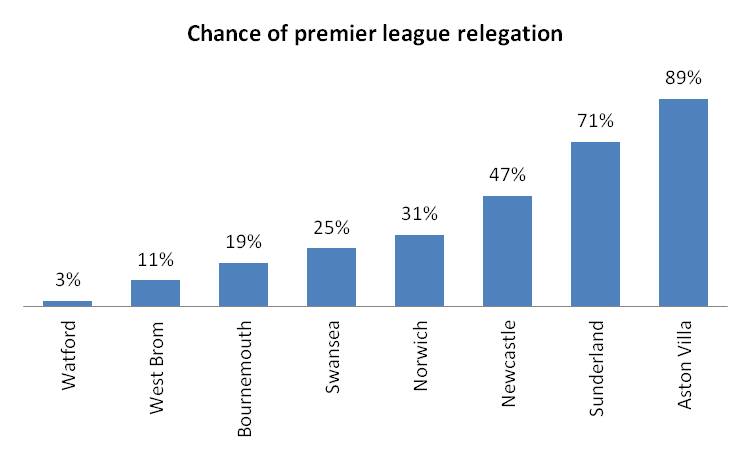